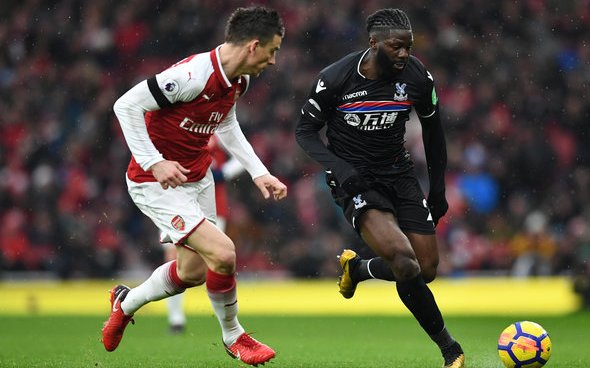 A section of Wolves fans have been reacting on Twitter after it was confirmed that West Brom have finalised the signing of ex-Molineux star Bakary Sako.

The Baggies announced via their official Twitter account on Tuesday that Sako, 30, has been added to Darren Moore’s side – and that has sparked quite the reaction from across the West Midlands.

This is Futbol has rounded up some of the best tweets below.

It is a surprise to see that some Wolves fans have been rather nice to Sako about seeing him sign for their Black Country rivals. Sako was a star for Wolves and helped them in their darkest hour when they were relegated to League One. He absolutely smashed it in the Championship and will likely do the same at The Hawthorns if he gets enough game-time. Albion are flying high at the moment, sitting top of the Championship table. Sako may have joined Moore’s side to play regularly but it is hard to see how the winger can fit into the current system at the moment. The Mali international can play on both flanks, but the Baggies play with wing-backs and he is hardly a player that is known for his defensive contribution. Kieran Gibbs and Matty Phillips are playing very well in them roles and Moore has Conor Townsend and Tyone Mears as their back-ups. Is Moore planning to use a new formation that gets the most out of Sako? It will be very interesting to see.

Are you a #wwfc fan bothered about Bakaty Sako signing for Albion? If so, you’re about to be unfollowed. We’ve moved on, he’s moved on, he needs a club. Albion going great in the Championship. We’ve got bigger things to concern ourselves with.

I'm happy for sako, I hope he does well. He stuck with us for longer then most would of done. Also west brom now signing players who are no longer good enough for us and who we had at his peak. Tells the bigger story. Good luck sako and good luck west brim ???? #wwfc #wba

Just got to laugh about Sako signing for West Brum, shows how we've gone on to bigger better things since he left thinking he was a premier league winger! Wouldn't be fit enough to lace jota or costa' s boots now ???????? #WWFC #SAKO #WBA

The Albion can have Sako I’m not bothered.

We had Steve Bull off them, his achievements will never be surpassed! #wwfc #wba

Hear the one about the builder & the mercenary?… #wwfc https://t.co/rpuY0VhgJ8

I hope Sako stays fit. He needs a club, he has a family to support. Rivalry is good, but humanity always trumps rivalry. Cyril Regis showed you be a great player and a great human being and still be loved by all. All the best @sakobakary26 #wwfc #wolves #wba https://t.co/qgzaBlc5zN