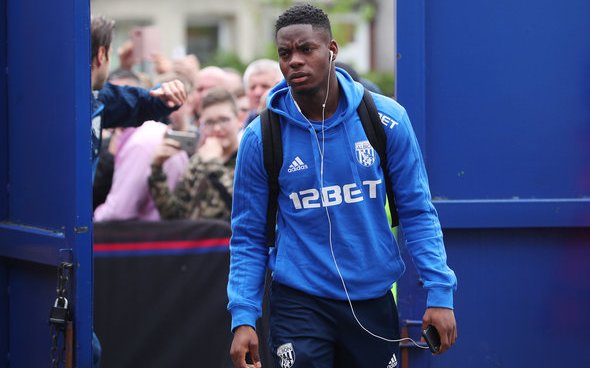 A section of West Brom fans have been raving about youngster Jonathan Leko after he scored an acrobatic goal for the club’s Under-23s side in their 3-2 win against Stoke on Monday night.

Leko, 19, scored a variation of an over-head kick to clinch victory for the Baggies, but the teenager soon turned from hero to villain as he was shown a red card just minutes later.

That did not stop some Albion supporters from heaping praise on Leko, with one saying that he should be “unleashed” in the first team.

It’s about time we unleashed him on this league

Should be in before mears

Anyone saying ‘play him’ clearly doesn’t know that 1.) Burke scored and played better and 2.) Leko got sent off pretty much immediately after this ????????????

@JamesHalford11 what a disappointment of a goal.

scores the winner and then gets red carded…. He been trying to replicate Diego Costas game? ????

Leko certainly stood out for West Brom on Monday night. His goal proved that he has amazing awareness in the penalty area and athleticism to be able to pull off such a goal. However just moments later everyone was reminded that Leko is still young, raw and a little hot-headed at times. When Leko burst onto the scenes at The Hawthorns, everyone was gagging to see him play more, but has time has gone on he has dropped further and further away from the senior squad and even a drop to the Championship has failed to help him play first team football. The 19-year-old has managed just one appearance on the bench this season in the league, despite scoring his first senior goal against Mansfield in August. That has not stopped West Brom fans from calling on him to get a permanent promotion to the first team, but it is about time they gave up. Leko doesn’t have a patch on Albion’s first team squad at the moment and with the stakes so high in the Championship, risking the teenager doesn’t seem like a good move for Darren Moore to make.