Tottenham could solve all their problems with Man Utd swap 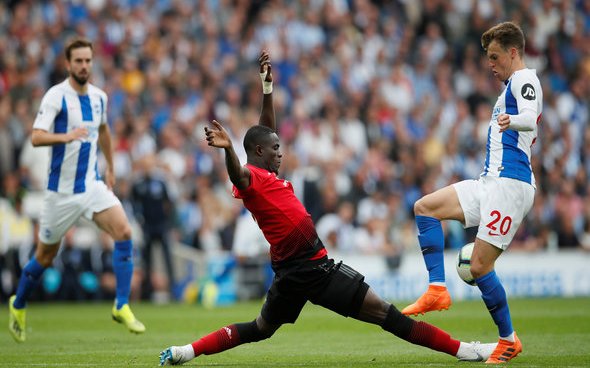 One of the biggest talking points at Tottenham over the summer – other than their lack of new signings – was the future of Toby Alderweireld as the Belgian’s contract caused Mauricio Pochettino and Daniel Levy a real headache.

The centre back has now entered the final year of his current deal in north London which would usually be cause for concern when it regards the future of a first team star, but while Tottenham have a clause to extend the deal by a year, it would trigger a £25million release clause for potential suitors.

Talks to improve his current £80,000-a-week (source: Spotrac) contract have so far been unsuccessful, and the uncertainty over the next stage of his career have seen Manchester United join the chase for his capture, as reported by the Mirror.

So just how do Spurs, and in particular club chief Levy, who is known to be in charge of negotiations at the club, sort out this problem? The answer could lie at Old Trafford.

The Express claim that while the Red Devils cast glances towards the capital, Spurs are eyeing up talent in the north west, with Eric Bailly the target in their sights.

It is stated that United might be willing to part ways with the 24-year-old Ivory Coast international, but that they would seek the full £30million they paid for his signing – and that is where Alderweireld comes into play.

Everyone should be able to admit that the Belgian has no intention of signing a new deal and so shipping him out in January for a healthy price tag above the £25million release clause is their best option – and with Bailly in Spurs’ sights and Alderweireld in United’s, a swap swoop makes perfect sense.

Everyone is kept happy – Tottenham fill the void with a younger model who could be fashioned into a powerful force by Mauricio Pochettino, Manchester United get the man they want and Alderweireld gets a big pay day.

It could even be that Spurs demand a fee as well as the player swap, and that would be a bit of Levy brilliance as he gets the best out of another deal.