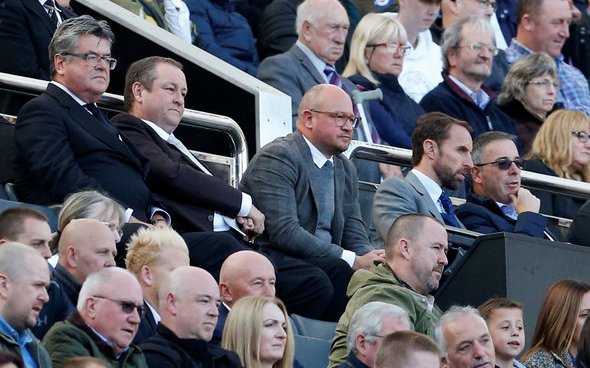 British businessman Peter Kenyon is looking to secure the funds to launch a takeover bid for Newcastle United while Amanda Staveley has not made any new contact with Mike Ashley over reigniting discussions, according to the National.

The UAE based newspaper claim on their website that after reports stating that Kenyon was keen on making a move to take charge from the Sports Direct tycoon, the current status of affairs is that the Opto Advisers chief is still looking to find the required cash backing to table an offer for the Magpies.

Staveley, who runs PCP Capital Partners, was said to be another interested party when it came to a potential takeover, but having seen talks breakdown in negotiations, with an offer of £300million reportedly tabled, there have been no new discussions held.

All is looking pretty bleak when it comes to Newcastle fans finally getting what they want in the form of a takeover. Many would have been hoping that Staveley would have come back to make a new offer in the summer but that did not transpire, and instead the Toon Army are stuck with Ashley for the foreseeable future. As for Kenyon’s reported plot to buy out his fellow businessman, it is not a good sign that he is having to scrape together funds to launch a bid. How is he going to provide the sort of cash support that the fans want to see manager Rafael Benitez given in the transfer window if he cannot afford Ashley’s valuation? Perhaps it is a blessing in disguise that Kenyon is yet to find the financial backing required, for while he might have experience in the Premier League with Manchester United and Chelsea, it is very different when you are having to bankroll things yourself.