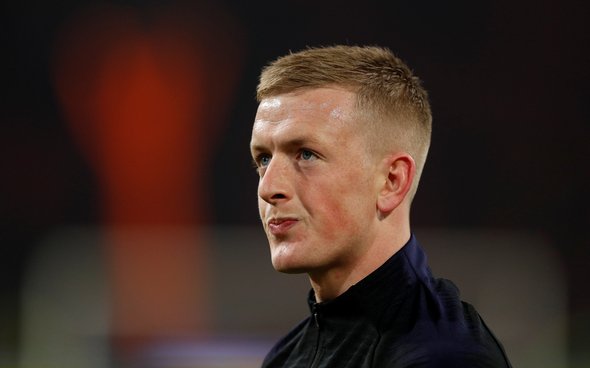 Match of the Day pundit Gary Lineker has delivered a verdict on Everton goalkeeper Jordan Pickford following his display against Crystal Palace on Sunday.

The England ace made a superb save in the second half to deny Crystal Palace the lead when they were awarded a penalty, with substitutes Dominic Calvert-Lewin and Cenk Tosun putting the match to bed in the last five minutes to ensure a 2-0 win for the Toffees.

Lineker was more than pleased with the display of the first team star and his game changing save, delivering a one-word response of “brilliant” via his personal Twitter account.

Not the best penalty but brilliant from Pickford. ????

He said: “Not the best penalty but brilliant from Pickford.”

It is not a surprise that Lineker has heaped praise on Pickford following Everton’s win – he was excellent, and he proved what we already know about his ability to save penalties. He demonstrated the talent for England at the World Cup, and Everton must count themselves lucky that he has been able to replicate it for them this season. It may not have been the best penalty from Crystal Palace, but Pickford read it well and was able to stick his right leg out to deny them. Lineker labelled the shot-stopper “brilliant” – and there is no doubt that masses of Toffees’ fans will be thinking the exact same thing. Up until the 87th minute, his save all but secured a point for Everton – but that all changed when the two substitutes spun the game on its head. Nevertheless, it was an excellent display from Pickford – and there is no doubt that he will produce performances like these time and time again.