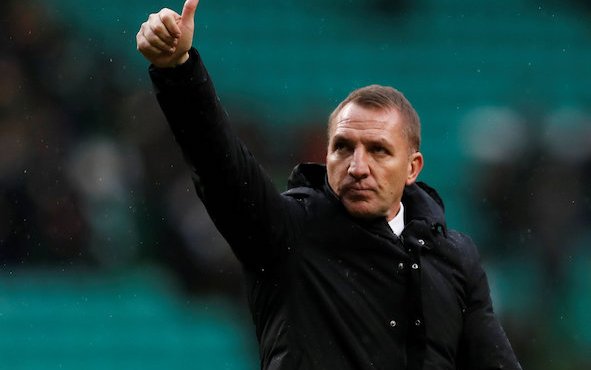 Brendan Rodgers must axe Mikael Lustig if he wants to field his best possible Celtic line-up against Red Bull Salzburg at the Red Bull Arena on Thursday night.

The Hoops’ win against Rosenborg last month saw them kick off their Europa League group stage campaign in the best way possible, but Salzburg are going to offer a much tougher task for the Scottish champions and Rodgers should make changes if he wants to destroy the Austrian giants to pick up all three points.

Lustig has been a liability at right-back and must be replaced by the rarely-seen Cristian Gamboa, who has made just four appearances in all competitions this season while Odsonne Edouard should be dropped so that Scott Sinclair can start on the left wing. 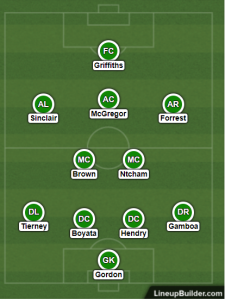 Craig Gordon should start in goals over Scott Bain to build the foundations of a win in Austria. Gamboa, Jack Hendry, Dedryck Boyata and Kieran Tierney must be Rodgers’ defensive choices due to injuries and Lustig’s poor form.

Scott Brown and Olivier Ntcham should start in the midfield. Ntcham hasn’t been in the best of shape but he is still Rodgers’ most talented central midfielder and should get the nod over Youssouf Mulumbu.

There is no place for Tom Rogic in this team and Callum McGregor should start in the central attacking midfield position with James Forrest on the right flank and Sinclair on the left.

Edouard picked up a knock against Aberdeen so could be missing anyway, but even if the Frenchman was fit, Leigh Griffiths must start up front as his goal against Rosenborg last month proved that he has the winning touch in these big games.