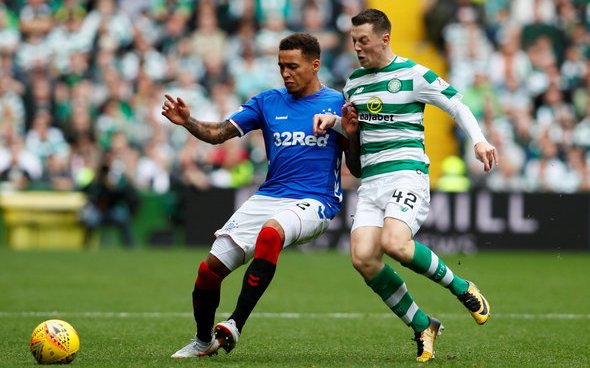 Brighton & Hove Albion are plotting a January move for Rangers captain James Tavernier, according to the Daily Mail.

The newspaper reports that the right-back, who was the subject of interest from Championship side West Brom this summer, has been identified by the Seagulls as a player who can improve their team.

It is understood that Chris Hughton sent scouts to watch the 26-year-old in action against Rapid Vienna in the Europa League on Thursday night, where the defender started the game, scored a penalty and claimed an assist for Alfredo Morelos.

Gers boss Steven Gerrard appointed Tavernier as his captain this summer, and the right back was handed a new contract just last month.

In a word, no. Tavernier is one of the first names on the team sheet and is such an important player for the club. If he plays well the rest of the team tends to play well and he has demonstrated his tremendous leadership qualities over the past year or so at Ibrox. He is one of the best attacking full backs in Scotland at the moment and likely has the quality to step up to the Premier League. However, Rangers should be doing everything they can to keep hold of him.

It’s hard to say. Even mid-table Premier League teams have shown themselves to be capable of snaring the SPL’s finest players so Brighton likely could bring Tavernier in if they make a concerted effort, but Rangers will be loath to lose their captain. Unless Tavernier makes it clear he wants to go, he’ll probably be staying in Glasgow.