Sutton shoots down Celtic fan in argument over Boyata 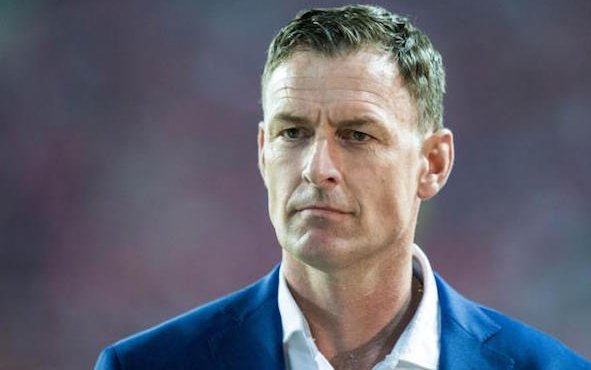 Former Celtic and England star Chris Sutton has shot down a Hoops supporter on Twitter in a spat over whether Dedryck Boyata deserved to be sent off in Wednesday night’s Scottish League Cup clash against St Johnstone.

The Belgian defender was given his marching orders by referee John Beaton for dissent in the dying minutes of the Bhoys’ 1-0 victory, leaving Brendan Rodgers’ men to play out the final moments with just 10 men.

Speaking after the game for BT Sport, Sutton defended the official, indicating that he was warned before being shown the red card, which led to Celtic supporter @Tom_Celt to lash out at the pundit on Twitter, claiming he was “talking nonsense.”

Continuing the spat on his own personal Twitter account, Sutton shot the fan down, stating: “I think it maybe you talking nonsense…Have I ever known a red card for verbals?? Yes lots of times… in fairness John Beaton warned him if you watch the footage… it was idiotic from Boyata to get involved.. He had a good game up until then…”

I think it maybe you talking nonsense…Have I ever known a red card for verbals?? Yes lots of times… in fairness John Beaton warned him if you watch the footage… it was idiotic from Boyata to get involved.. He had a good game up until then… https://t.co/5XtJfi2H9J

Sutton does indeed have a point about the referee issuing Boyata with a verbal warning before choosing to take the extreme decision of sending him off with a straight red, but at the same time, how many footballers get away with lambasting the officials week in, week out? There needs to be some sort of consistency, for if this was a red card offence then teams are going to be finishing games with seven or eight players every week. Without knowing what has been said, it is difficult to make a definitive decision on whether the Belgian deserved the punishment, although it was quite clear to see from his aggressive mannerisms that he was hardly congratulating Beaton for his decision making. Losing the powerhouse is a heavy blow for the Hoops and Brendan Rodgers will have to be having stern words about the discipline of his defender, for he is now ruled out of a number of games through suspension.