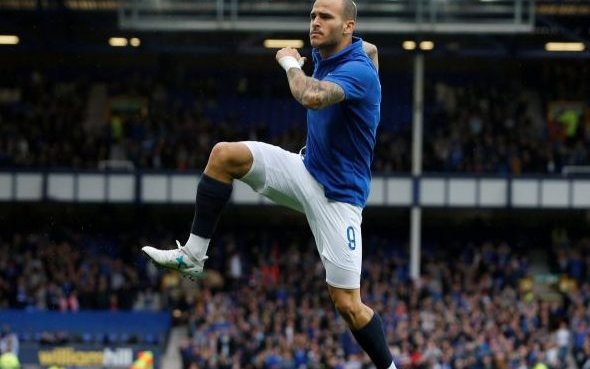 The regional Spanish newspaper report that the Toffees forward went for a scan on his knee after limping out of training yesterday, with the player visibly in pain.

Diario Vasco claim that the scan showed a “slight sprain of the internal lateral ligament of the right knee”, otherwise known here as the medial collateral ligament.

No timeframe is given for his return to action.

This will come as a blow for Sandro, who secured a year-long exit from Everton after failing to impress during his first season in the Premier League. The former Barcelona player never really looked like settling in on Merseyside, and an exit was always going to be inevitable this summer. Fortunately for him, Real Sociedad took a punt, but this ligament damage will be a big setback for both club and player. The silver lining here is that the sprain does not appear to be serious, with the report describing it as “slight”, but in any case knee ligament damage is not a good sign. No time frame is given for his return, and it may be at least a month on the sidelines for the striker. While this is a blow which does not directly affect Everton, the club will be hoping he can recover as quickly as possible and return to form to put himself in the shop window for a permanent exit next summer.