Osman delivers verdict on West Ham ahead of Everton clash 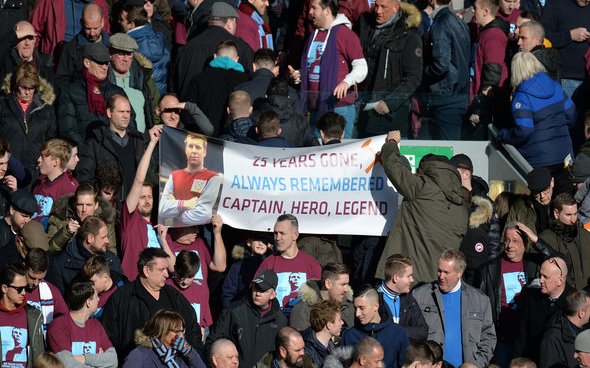 BBC pundit Leon Osman has delivered his verdict on West Ham United ahead of their Premier League clash with Everton on Sunday.

The Hammers go into this fixture having lost all four of their games so far this season, and will undoubtedly be hoping to get some points on the board over the Toffees.

However, Osman believes that the Irons lack a sense of leadership on the field, and thinks that this will prove to be a problem for them at the moment after hearing James Collins talk to BBC Radio 5 Live about the lack of characters in the dressing room.

“Someone on the radio last night, James Collins it was, that was saying they’re lacking characters in the dressing room,” said Osman, on BBC One’s Football Focus (Saturday September 15, 12:56).

“And that does seem to be a problem for West Ham at the moment, there’s no leaders on the pitch.”

Out of all of the teams in the Premier League, it is safe to say that West Ham are the team that does lack leadership on the field. When they are playing, it is never quite evident who is in charge on the pitch, and this is a rather worrying thing. Every side needs a dominant character who has the ability to motivate and praise their teammates, and the fact that West Ham lack this is ultimately the reason for their poor performances so far. With no one to pick them up when they are low in the dressing room after a game, that negativity will continue into the next match, where it is bound to have a bad impact. It is hard not to agree with Osman here – and boss Manuel Pellegrini must sort out this issue soon, otherwise it will be a long and hard season for his players.