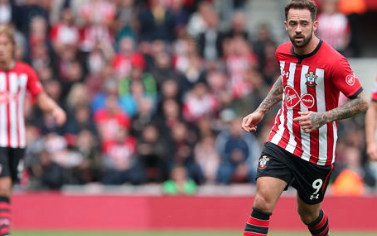 Match of the Day pundit Mark Lawrenson believes that Southampton will hold Brighton and Hove Albion to a 1-1 draw at St Mary’s Stadium on Monday.

The Saints go into this South Coast derby having secured their first win of the Premier League season over Crystal Palace before the international break, and Lawrenson reckons that it will be a tight contest between the two clubs.

However, he also thinks that Southampton striker Danny Ings has made the team far more dangerous up front, and is glad to see the £75,000-a-week [Spotrac] star back playing and scoring goals again.

“With Danny Ings up front, Southampton are looking far more dangerous up front that they did last season,” he told BBC Sport.

“I am delighted for Danny because he had such a dreadful time of it with injuries at Liverpool. He is one of those players who everyone loves, because of his work ethic and the way he trained, so it is brilliant he is back playing and scoring.”

Lawrenson could be spot on in his prediction for Southampton here. Both the Saints and the Seagulls are two evenly matched teams, so a tight contest that results in 1-1 draw seems to be the most probable result. Nevertheless, the well known pundit is right to rave about Danny Ings. So far this season, he has been a completely different player, and that is largely down to the fact that he is playing on a regular basis once again. He is enjoying scoring goals, and as Lawro points out, Southampton look far more dangerous up front now he has improved their firepower. The Saints have never been renound for their lethal attacking threat, and that was ultimately one of their downfalls last season – however, this time around, they have a much better chance of securing their top flight survival with Ings on the books. He has the potential to be a fantastic striker now he has found his form, and boss Mark Hughes can only reap the benefits of that.