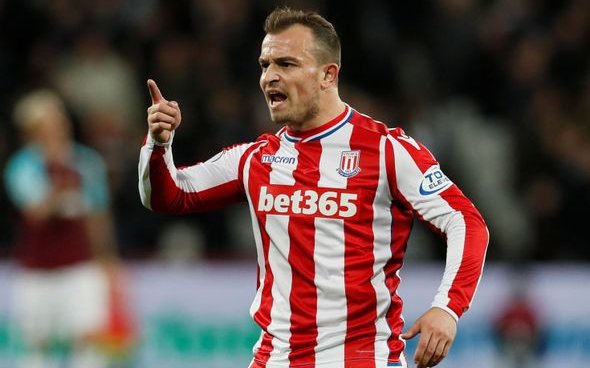 Jamie Carragher hailed Xherdan Shaqiri as a bargain signing after his display for Liverpool in their 2-1 League Cup defeat to Chelsea on Wednesday.

The Sky Sports pundit was impressed by the 26-year-old attacker, who was named in the starting line-up by Jurgen Klopp for only the second time since his summer move from Stoke City.

Carragher delivered his verdict on Shaqiri while on co-commentary duty at Anfield for what was Liverpool’s first defeat of the season.

“There’s no doubt there is quality in that left foot, been real evidence of that, certainly a few days ago that free-kick he took, come in score the goal,” said Carragher during Sky Sports’ live coverage of the match (Main Event channel, Wednesday, September 26, 9.08pm).

“But we’ve seen also tonight that he doesn’t have Salah’s blistering pace but for £12million, he’s a steal.”

Shaqiri did not score or assist for Liverpool against Chelsea but he looked alert and impressive. Deployed on the right flank on a front three that also included Daniel Sturridge and Sadio Mane, the summer signing provided an excellent outlet for Liverpool’s attacks and caused problems to his immediate opponent Emerson. He got in threatening situations and looked a threat whenever he worked the ball on to his left foot, which is one of the best in the world. As Carragher points out, the one thing that separates Shaqiri from the best attackers around, including his own teammates Salah and Mane, is he doesn’t have the speed to burn a full-back. He has to use other tools to gain an advantage. That said, there were encouraging signs from the Swiss after he was hardly withdrawn at half-time in last Saturday’s 3-0 home win against Southampton. He should have a big role to play this season.