Emery must throw Leno in despite doubts 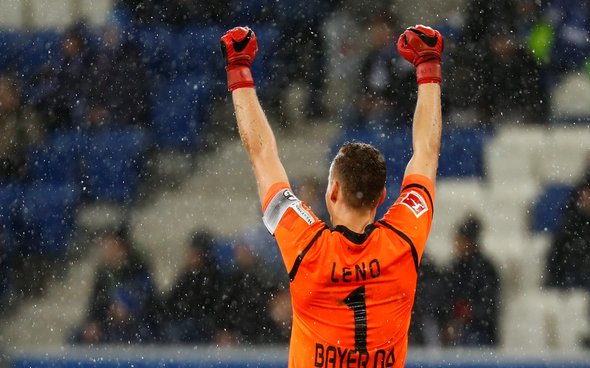 Arsenal boss Unai Emery made some exciting moves in the summer transfer window as the Spaniard looked to stamp his mark on his new club, but many of those new recruits are yet to really get going at the Emirates.

One player that most definitely falls into that category is goalkeeper Bernd Leno, who is yet to feature at all for the Gunners despite costing £19million from Bayer Leverkusen.

There have been various theories bandied about regarding the reasons behind Leno’s slow start to his career at Arsenal, and the latest really sheds light on Emery’s thinking when it comes to his goalkeepers.

Football.london Arsenal correspondent Charles Watts claimed in a Q&A this week that there may be concerns over Leno’s ability to claim crosses and stop shots.

It is said that Leno is well known to be adept at distributing the ball from the back and to be comfortable with the ball at his feet, so the club’s worries are likely to be focused in the other areas of his game.

Watts claims that Leno made a glaring error in a closed-door friendly against Brentford that led to the Gunners conceding a goal, and that may have contributed to his failure to get in the side.

Emery’s decision to completely overlook him so far is more surprising when you consider the poor form of first-choice Petr Cech, who has looked uncomfortable on countless occasions this season.

While the Spaniard may hold these concerns about the Germany international, he must now place faith in the 26-year-old and give him the chance to claim that number one jersey for himself.

As mentioned, it is not like Cech is keeping him out with some stunning performances, and Leno’s superior skill with the ball at his feet lends itself to the way that Emery wants the Gunners to play.

When they bought him for £19million this summer the plan was obviously for him to become number one, so the quicker he becomes assimilated into the team the better.

Bitter rivals Tottenham Hotspur found themselves in a similar situation several years ago when Hugo Lloris arrived at the club, with Brad Friedel retaining the number one spot for several months before Lloris was finally given a shot.

The rise of the Frenchman since then has been remarkable, and there is no reason why Leno’s career cannot take the same trajectory if Arsenal take this valuable lesson from their rivals.