Danjuma reveals why he turned down City 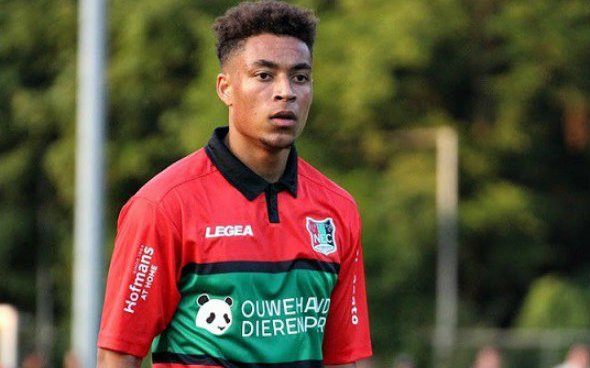 Dutch starlet Arnaut Danjuma has revealed he turned down Manchester City this summer because he believed Club Brugge were the best place for his development.

Danjuma caught the eye across Europe with his displays for NEC Nijmegen last season, scoring 13 goals and registering 17 assists for the Dutch second division club.

The 21-year-old winger attracted interest from some of the continent’s top teams, including City, but opted to join Belgian First Division A side Club Brugge.

Speaking to Voetball International, he said: “I consciously opted for Bruges. There was also interest from Germany, England and France. I follow my feelings, always. I can not explain how that works exactly, but here it just worked.

“Brugge really wanted me. I love that attention. When I came here, it was immediately clear to me. Compared to all other clubs that were interested – including Manchester City – I can best develop here.”

This is a bold move from a young player in turning down one of Europe’s best clubs, but it is totally understandable why he did so. Danjuma is a rising star in Dutch football and his prolific season for NEC Nijmegen last season really put him in the European spotlight. Figures of 13 goals and 17 assists are hugely impressive in any division, and it is no surprise that some of the top clubs in the region were keen on securing his services. However, a move to somewhere like City was unlikely to yield immediate results for the young forward, with the path to the first-team looking particularly tough at the Etihad. A move to Brugge allows him to develop his game at a higher level than before, and affords him the chance to play first-team football week in, week out. It will be interesting to see where his career goes from here, with Danjuma definitely one to look out for in the future.