Newcastle must pray that China – Gayle reports are true 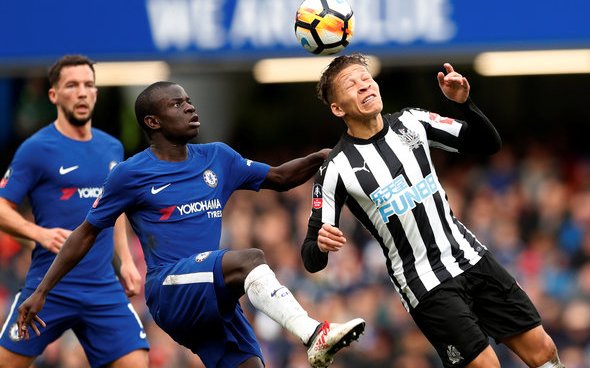 Newcastle United manager Rafael Benitez was left massively frustrated with the lack of spending from the club in the transfer market this summer, with owner Mike Ashley unwilling to open his wallet and fund the spending himself.

It was very much a sell-to-buy scenario for the Spanish boss, with the likes of Aleksandar Mitrovic, Matz Sels and Chancel Mbemba all leaving to see the likes of Fabian Schar and Salomon Rondon, the striker on a loan deal, join the ranks at St James’ Park.

The Venezuelan’s arrival was also dependant on Dwight Gayle agreeing to head in the opposite direction, the £40,000-a-week (source: Spotrac) attacker hitting the goal trail for the Baggies before the current international break.

Now it appears as though the former Crystal Palace man’s efforts up top might well have caught some international attention, with the Sunday People (as transcribed by the Chronicle [17:38]) claiming that the 27-year-old is targeted for a stunning move to China.

The reason it is described as such a shock? The report states he could earn up to five-times his current wages with a sensational £200,000-a-week salary.

The Chinese Super League sides are known for big spending both in terms of the players’ contracts and the transfer fees, and with the Magpies desperately needing some cash in their bank to spend in future windows, Benitez will be hoping this is a rumour which comes true.

Gayle’s exit could either give him plenty of money to invest as he sees fit come January or beyond – if he stays at St James’ Park that is – or it could even be the final bit of cash for Mike Ashley to pocket before he sells the club, something the Toon Army would welcome in a heartbeat, for it would boost Benitez’s chances of remaining on Tyneside.

No one would have expected Gayle to be the one to make a big money move – but if he keeps up his form in the Championship, the Magpies could prosper quite handsomely.