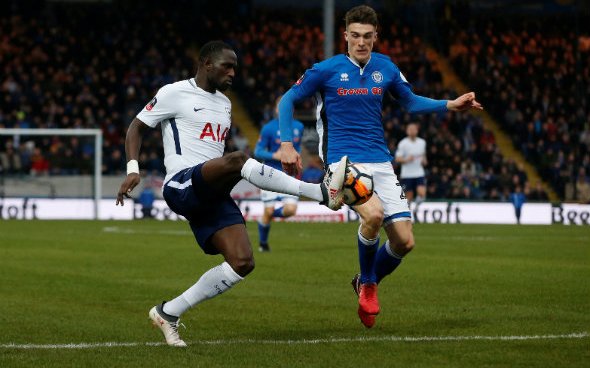 Three Tottenham players are in line for last-gasp exits ahead of Friday’s transfer deadline, according to the Telegraph.

The newspaper claim midfielder Moussa Sissoko, winger Kevin-Georges NKoudou and attacking midfielder Josh Onomah could be offloaded before the cut-off for European deals and Championship loans.

The Telegraph claim Sissoko and NKoudou are both available either permanently or on loan, while Onomah is expected to go out on loan for the season to another second-tier English club after spending last season at Aston Villa.

It is telling that Sissoko did not travel with the Spurs squad for their landmark win at Manchester United on Monday night, with Luke Amos promoted to the bench when Erik Lamela broke down in the warm-ups shortly before kick-off. The Frenchman’s second season was better than his wretched debut campaign, but he has done little to suggest he is capable of establishing himself as anything other than a useful squad man since joining from Newcastle United in 2016. For £30million, Spurs fans hoped for and expected so much more. NKoudou was another flop signing from the summer window of two years ago, with his pace and dribbling attributes that are not matched by composure, touch or smart decision-making. He doesn’t look a Premier League-calibre winger. Of the three expected departees, Onomah is the one that has a bright Spurs future. But he needs game time and won’t get it yet at his parent club. Another season on loan makes sense for the England Under-21 international.