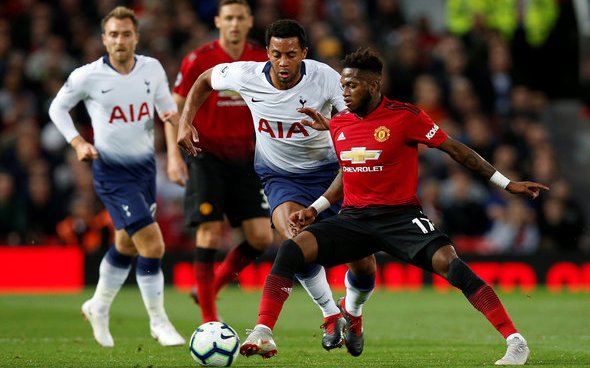 Tottenham manager had wanted Manchester United signing Fred to join as a replacement for Belgian midfielder Mousa Dembele with an exit in the January transfer window likely, according to the Daily Mail.

The newspaper claim on their website that the former Shakhtar Donetsk enforcer was a target for the Spurs boss as he made long-term plans to replace his first team favourite ahead of his likely departure, with his contract set to expire next summer.

However, as reported by the Telegraph, the Brazilian eventually signed for Premier League rivals United for a fee of £52million, while Tottenham did not make a single summer capture.

It is always interesting to hear who a club could have signed on on this occasion it appears as though Spurs missed out to Manchester United for Fred. However, anyone watching on Monday night would say that Pochettino has not lost out, for Dembele was a dominant presence in comparison to his South American counterpart on the way to the Lilywhites’ 3-0 win. If that was the manager’s long-term plan to fill the boots of the Belgian, then perhaps the north London club have been given a silver lining by letting United secure his capture, especially for the astronomical price tag that has been claimed. Yes, Tottenham might not have signed anyone, but they have also kept their squad together, and judging by the way they blew Jose Mourinho and his men away at Old Trafford, that was more important than any new arrivals.