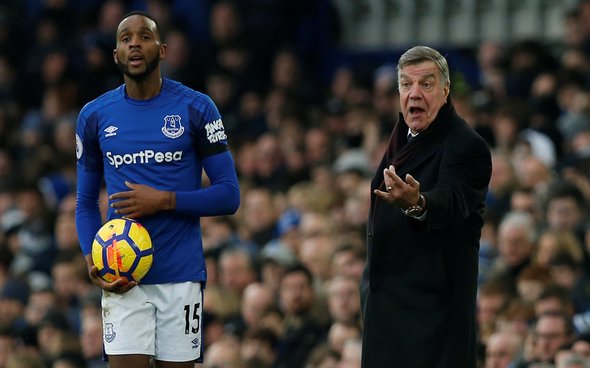 Everton are in advanced talks to sell defender Cuco Martina to Stoke City for the 2018-19 season, according to Football Insider.

The football site claim the Championship big hitters are in pole position to land the centre-back ahead of other second-tier suitors before the 31 August cut-off.

Football Insider report Everton manager Marco Silva is happy to offload Martina, who has been training away from the first team at the club’s Finch Farm training headquarters.

Definitely. Sam Allardyce might not have enhanced his reputation at Everton, but he knows a decent defender when he sees one. It is a reflection of Martin’s calibre that he was a regular under the former England manager, making 16 consecutive Premier League starts between November and March. All of those were at left-back as the versatile 28-year-old moved across from his favourite right-back slot to cover for the injured Leighton Baines. It is this ability to play anywhere in defence – Martina also has experience at centre-back – that will be hugely attractive to Stoke boss Gary Rowett as he plots an instant return to the Premier League. It should also help that he has a decent understanding already with Ashley Williams, who joined earlier this month from Everton.

With Martina out of the first-team picture at Goodison following the arrival of Digne and return of Coleman, it appears only a matter of time now before he completes a loan exit. Football Insider are a reliable source and it appears he is on the verge of agreeing terms with Stoke following discussions.