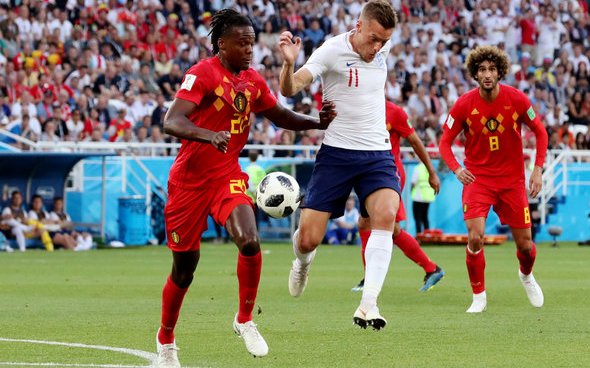 The former Hoops midfielder revealed that he thought that if the 27-year-old centre-back had featured against AEK Athens in the second leg of their Champions League qualifier then Brendan Rodger’s side wouldn’t have suffered a 2-1 defeat on the night.

Petrov claims that Boyata was a big part of the Hoops’ defence and they clearly missed him that fixture but that it was difficult to see him playing for the club again.

“The Boyata situation has cost Celtic because he was a big part of their defence,” said Petrov, as quoted by Sky Sports.

“If you had him at AEK, it could have been a different score.

“They’ve definitely missed him. If he had been in the team there would have been a completely different outcome.

“But if he refused to travel it would be very difficult for Dedryck to go back in that team. You let your team-mates [down], the players you actually spend every single day with. It will be difficult.”

While Boyata has been a regular member of the Hoops’ first-team, it’s a huge claim to suggest that if he had played in Athens then the result would have been different. However it’s hard to disagree with Petrov over the fact that it’s now hard to imagine Boyata being able to easily feature for the club again. Brendan Rodgers opted to reveal that the defender was fit enough to play against Athens either though Boyata had previously suggested that he wasn’t featuring due to injury. Given this very public difference of opinion, it’s easy to surmise that the relationship between the player and the manager has completely broken down. Once that happens it’s hard to imagine the player getting a look in even if they stay at the club in question unless there is change in the dugout. It doesn’t seem like Rodgers is going anywhere which means Boyata is unlikely to be pulling on a Hoops jersey anytime soon.