Brendan Rodgers faces one of the toughest tests of his Celtic career on Tuesday night when he travels to Greece in the hint for a Champions League place.

Celtic only managed a 1-1 draw against AEK Athens last Wednesday, despite Konstantinos Galanopoulos being sent off in the 57th minute.

There were no more goals in the game in the second half and that gives AEK an advantage going into their home leg.

Celtic have to score tomorrow night or they face certain elimination – a 0-0 draw would be enough to see AEK Athens go through on the away goal rule.

They’ll be without Galanopoulos but Rodgers has his own selection headache with Kristoffer Ajer suspended and Dedryck Boyata refusing to play.

It means a probable Champions League return for Jozo Simunovic, along with a return to the starting XI for Odsonne Eduoard, Tom Rogic, James Forrest and Olivier Ntcham.

£25k-a-week striker Moussa Dembele has travelled with the squad in a boost to Rodgers but we’d expect to see him used as an impact sub if needed.

This is the side that we expect to see Rodgers put his faith in tomorrow night: 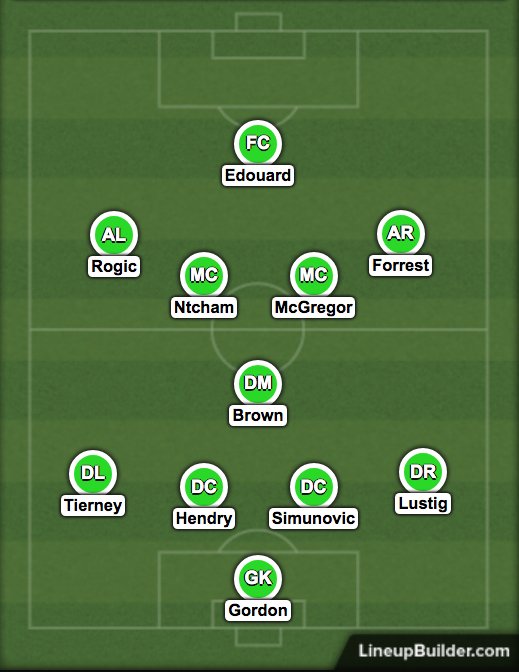