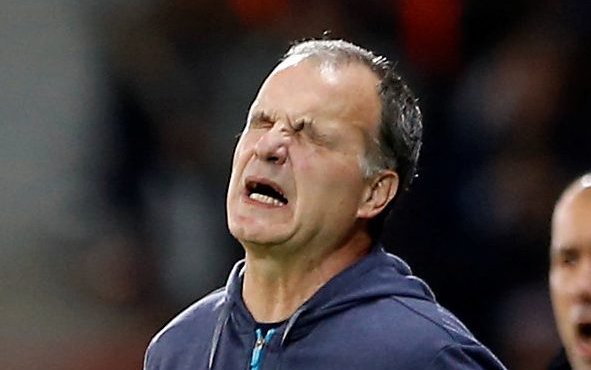 The SkyBet Championship fixtures have been released ahead of the upcoming 2018/19 season – and Leeds  United fans have delivered mixed verdicts after boss Marcelo Bielsa was handed a tough start to life in English football.

Leeds will play newly-relegated Stoke City at Elland Road on 5th August, in what will be the first game of the season for both teams, as Bielsa looks to start his career in Yorkshire with a positive result.

The 62-year-old was announced as the new United manager last week and has already been active in the transfer window, trying to build a squad that can challenge for promotion next season. The Argentine has a reputation for favouring an attacking, technical style of play based around possession, so fans can expect a number of incomings and outgoings before the window closes.

Bielsa’s first ever game in English football will see him come up against a strong Stoke side who were relegated from the Premier League last season, along with West Bromwich Albion and Swansea City. They’ve changed their manager, with Paul Lambert being replaced by ex-Derby County manager Gary Rowett, but are hoping to keep hold of a number of their key players ahead of the new campaign, so it should be a good test of Bielsa’s credentials.

The Yorkshire Giants will also face other Championship big-hitters Derby (11th August), Swansea (22nd August) and Norwich City (25th August), as well as coming up against Rotherham United (18th August) in their first month of fixtures. The results of their opening games could define their season, and the future of their new manager.

Fans reaction to the fixtures on social media has been mixed, with some fans excited about the big games to come and others more pessimistic about their chances.

This is Futbol has rounded up some of the best tweets:

#lufc scary first month of fixtures they could be a baptism of fire for Bielsa, hopefully he gets some points on the board but i have a bad feeling about it

Wish @LUFC fans would stop moaning already about fixtures yes it is hard start but all games are hard in championship we should know this by now but to be the best you have to beat the best and we should fear nobody so bring it on beat stoke and we will be feard ???????? #MOT