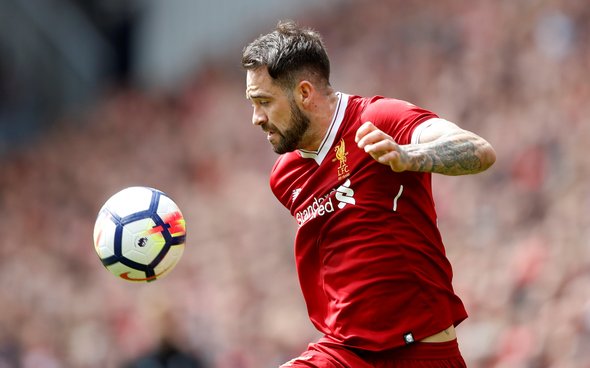 Tottenham are in the hunt to sign Liverpool forward Danny Ings this summer as he prepares to quit the club this summer, according to the Mirror.

The newspaper claim Spurs have made an approach for the 25-year-old in “recent times” as the race begins to capture a player who has plenty of interest both from clubs at home and overseas.

The Mirror report that Ings has made the decision to leave Anfield and he will be granted permission by Liverpool to hold talks with rival clubs.

Danny Ings will reluctantly leave @LFC this summer in search of more regular first team football. Jurgen Klopp wants him to stay, but will not stand in his way. Spurs, Palace, Inter Milan have all expressed interest.
https://t.co/Rm4csmyCma

Yes. Ings is young enough and good enough to still carve out a fine Premier League career, and it need not be at a mid-table club, either. At Liverpool, the one-time England international has his path to a regular starting spot blocked by first choice spearhead Roberto Firmino as well as world-class wide forwards Sadio Mane and Mohamed Salah and rising stars Dominic Solanke and Rhian Brewster, who is set to be promoted to the senior squad in pre-season. With Divock Origi also heading back from a year out on loan, Ings is likely to remain well down the pecking order. At Spurs, there is the formidable figure of Harry Kane but fewer other out-and-out forwards of quality, especially if Fernando Llorente quits, as he is expected to. Ings could be a fine signing for the club as they prepare for a third Champions League campaign.

It will all come down to whether Spurs offer the package Ings wants, and can convince him he will get enough game time in a squad with top-class attackers such as Kane, Dele Alli and Christian Eriksen. If the Londoners can do that, they have the financial means to offer Ings a deal he can’t refuse.