Newcastle must cash in on Merino if head is turned 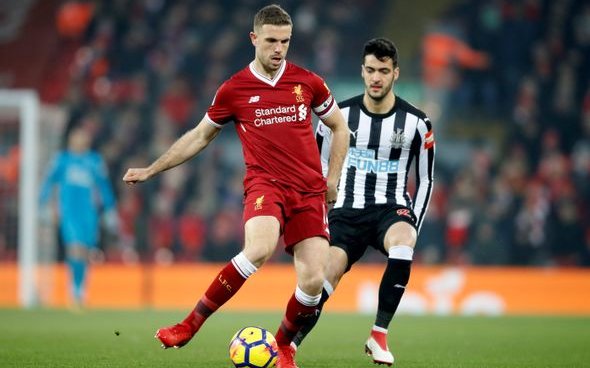 While Newcastle United might not have the greatest Premier League squads in terms of quality, Rafael Benitez has built a tremendous togetherness which means they win and lose as a team.

Having the side as a group, rather than as a collection of individuals, has seen the Magpies put in some brilliant performances over the last 12 months and eventually resulted in an impressive 10th place finish among the top flight – not a bad return for a team promoted from the Championship a year prior.

What Benitez needs for his approach to work is to have players that are fully committed to the cause, and anyone who might be having doubts should either get their priorities straight or not be given the chance to shine.

One man who dropped off the boil somewhat as the season progressed was Mikel Merino, the 6’1″ (source: Transfermarkt) midfield star having signed from Borussia Dortmund last summer.

Now it seems as though the Spaniard’s head might well have been turned, with Mundo Deportivo claiming that he is eyeing up a return back to La Liga with Atletic Bilboa and Real Betis both chasing his capture.

Reportedly valued at £13.2million (€15million) by the Spanish sides, it is stated that Merino has held talks and is happy to sanction a move back to his homeland, with just a fee with Newcastle stopping his exit.

If the young midfielder wants to leave, then Newcastle should not be standing in his way – he will not give 100 per cent if he stays and that cash could be spent on bringing in some crucial new recruits over the summer window.

He might have a bright future but the Magpies cannot afford to have anyone not dedicated to ensuring the very best for the club, and cashing in is a must if that is the case.