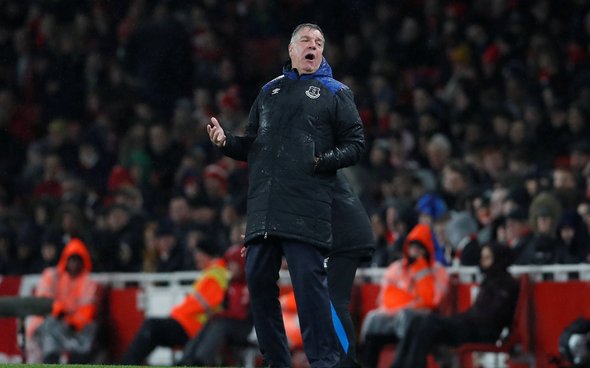 Sky Sports pundit Jamie Redknapp has called on Everton boss Sam Allardyce to walk away at the end of the season amid fan unrest about his position.

Allardyce has guided Everton clear of relegation since being hired to replace Ronald Koeman in November, but many fans are unhappy with his style of play and want him to go this summer.

Redknapp has now delivered his verdict on the situation, saying the former England boss should resign off his own back, with it being hard to win back supporters who do not back a manager.

In a column for the Daily Mail, he said: “Everton knew what they were getting with Sam Allardyce: a firefighter who keeps teams in the Premier League at all costs. The objective was to stay up and, now he has kept his side of the bargain, Allardyce should walk away at the end of the season. Once a manager loses the supporters, it is very difficult to get them back onside.

“Take nothing away from the job Sam has done at Goodison Park. He inherited an unbalanced squad overloaded with No 10s and lacking a target man following the departure of Romelu Lukaku. By steadying the ship and taking the side up to eighth, Allardyce has done his reputation no harm whatsoever. But the Everton fans have a clear idea about the football they want to see.

“Everton cannot afford a repeat of the muddled recruitment that wrecked any ambitions of breaking into the top six this season. The club should already be searching for Allardyce’s successor. Allardyce can leave with his head held high — and there will be plenty of offers for him. At Goodison Park, however, he doesn’t fit the bill.”

The Toffees currently sit in eighth in the Premier League table under Allardyce, with the club having the best record in the league after the top-six since his appointment.

It is easy to see both points of view in this situation. Everton fans have always been sceptical about Allardyce as manager, with his tactics known to be far from exciting. Toffees fans demand good football, and while results have been decent, that has not been seen much at Goodison Park this season. There are also questions about how far Allardyce could take them with a full season to play with. From Allardyce’s perspective, this is a results game and he has been getting the wins needed to climb the table. He will think that he has done a good job with the club, and while he has undoubtedly done that, his position with the fans does look untenable, and the likelihood is that he will leave this summer.