Can Tottenham really afford to give up the chase for a striker & why this €18m star may be a good alternative:

Despite Spurs having a wonderful start to the season and thus far thoroughly outclassing their North London rivals, it would be easy to forgive fans for feeling a little nervous.

After all, they’ve seen good starts swept away before and ended seasons without the rewards they should have done as a result. Take last season as a case in point. Harry Redknapp’s side opened up a 13 point lead over the Gunners, only to see Arsene Wenger pull off one of his old magic tricks and make up the deficit.

The worst thing new boss, Andre Villas-Boas can be now, is complacent. Like Harry, he’s opened up a lead over Arsenal and is currently in the top four. To let this lead slip two years in a row would be devastating to fans. 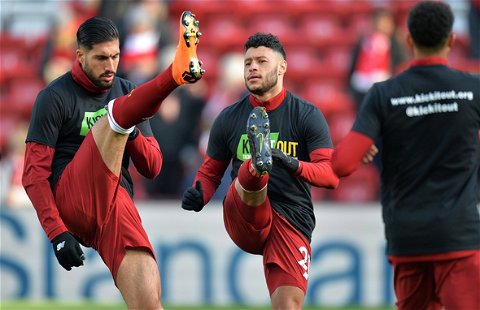 'Big player' - Journalist reacts after hearing who could join Southampton

So how can Spurs stop their yearly rot? Why, by some smart investments of course. In particular, Spurs need a quality striker to bolster their forward line. That’s why I was disappointed to hear AVB’s recent comments regarding Leandro Damiao.

“Leandro is a player we’ve always appreciated, that this club appreciated before I arrived, but it’s extremely difficult that he’s going to join Tottenham. He’s a player that is highly rated in the market, and it’s unlikely that he will play for Tottenham.”(Source: The Mirror).

Isn’t Damiao the kind of player Tottenham should be targeting at this stage? A quality forward, with tricks, speed and finishing ability? AVB’s comments seem to be an admission that his side can’t compete for players like this and it’s disappointing to hear.

Perhaps he has other players in mind, but I can’t help but feel the striker’s role is the most important. In the same article, The Mirror link Tottenham to Sevilla’s ace striker, Alvaro Negredo. The club’s President, Jose Maria del Miro has touched down in London with the sole aim of selling his star striker and is believed to be looking for around €18m.

That’s a lot of money, no doubt, but this is a bonafide Spanish international striker we’re talking about here. Someone with the quality to transform this Tottenham side. Like Damiao, he’s the kind of target that Tottenham ought to be chasing, but this probably means AVB isn’t interest. Shame.

What’s your take? Should AVB be in the market for Damiao and Alvaro Negredo?