With the Asia Cup well underway, it appears the Far-East of the continent’s love for the game came from an unlikely source – a soccer-playing cartoon character.

For centuries Japan has closed off from the rest of the world, an isolated nation. But today it’s perhaps the most westernised country in Asia.

Japan has embraced influences from beyond its own borders for decades now. From politics, economics and industry, art, culture and lifestyle – western ides have permeated Japanese society.

In sport, baseball is the game that has most captured Japanese imagination. Introduced by the Americans in the late 19th century, baseball remains the most popular sport in Japan with millions of adherence across the country.

But over the past two decades football has began to challenge baseball as the number one sport in the country thanks in no small part to a magna comic strip created nearly 30 years ago.

The brainchild of Yoichi Takahashi, Captain Tsubasa focuses on the adventures of a high school football team and in particular protagonist Tsubasa Osoro, captain and footballing prodigy.
An instant success upon release, Captain Tsubasa turned the attention of a whole generation of Japanese children away from baseball to football and in so doing, revolutionised the game in Japan. Takahashi said:

“Like everyone else as a child I played baseball but that changed as a teenager watching the 1978 FIFA World Cup on TV even though Japan weren’t taking part, that’s when I realised just how wonderful football is.”

“I’d already been drawing Manga comics for many years so I thought why not introduce football to my Manga as well. I was hoping I could share the excitement of what I had witnessed on television through my drawings and in so doing hope that football would become more popular here in Japan.”

It’s spanned a remarkable 70 volumes since its creation, many of which have been animated for a television audience. Showman Jump editor Hidekazu Yokoi was a fan of the comic trip growing and feels the contemporary audience gain as muh joy as he did back in the 1980s.

“Captain Tsubasa was a social phenomenon,” he said. “I remember time when every ball Tsubasa used in the story, or whichever cap the goalkeeper, Waka Bayashi, wore would sell out in the store the very next day.”

In schools across Japan all young boys wanted to be like Captain Tsubasa. It was a real challenge to make a Manga comic about a topic few people knew about see really interesting. That’s why Takahashi created captain Tsubasa the ability to do a whole host of amazing football tricks that in all honesty are impossible to do in real life.

Captain Tsubasa is characterised by dynamic football moves which often stem from martial arts involving unnatural skill and implausible physical feats. Nearly all the players in the team have a special football technique; the tiger tackle, the running falcon shot and even the arrowed jumping overhead kick.

But whilst these may seem a little unrealistic to the adult audience, they helped to encourage millions of children to tune into Captain Tsubasa and from there, they were taught the fundamentals of the game.

“Strangely enough when I started writing the stories of Captain Tsubasa it was necessary to explain to the readers what football was,” added Takahashi.

“We had to explain what the world cup was and even what the most basic rules of the game were.”

Football was not widely known in Japan back then but it didn’t take long for people to begin to understand it with many people, including some of today’s professionals, claiming they discovered the game after reading the Manga strip.

Takahashi was surprised by the success and is honoured by the huge following his creation still receives. He said:

“It makes me immensely proud to know that ive made a contribution to Japanese football.”

For many years Captain Tsubasa has enjoyed a global following in places as far afield as Mexico, Italy, Brazil, Spain and a number of big name players are amongst the fans of the cult cartoon classic, including Zinedine Zidane, Alessandro Del Piero and Fernando Torres, who all claim partly inspired to take up the game by watching Captain Tsubasa.

Since coming to life nearly 30 years ago, Captain Tsubasa has turned professional, played in some of the biggest leagues in the world and even married, tying the knot with his childhood sweetheart, Sanai.

Of course he has also starred for the Japanese national team and few doubt he will lead his county to victory at the FIFA World cup at some point. Captain Tsubasa shows no signs that he’s about to hang up his boots just yet.

Despite being around for so long Takahashi feels there are many more stories to tell through the star man. He said:

“It may be nearly three decades since the Captain Tsubasa character was born but he’s still only 21 so he has many years left of his career.

It’s sometimes difficult to keep going but many of y characters seem to have a life of their own so coming up with new stories is not so hard. The world of football is evolving all the time and there all sorts of events and stories happening so there is never a shortage of ideas.

Captain Tsubasa will keep going in the future, no doubt about that and I intent to continue to do this until the day I die.” 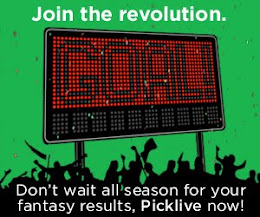